Have you downloaded the Windows 7 Service Pack 1 beta yet? It’s a beta, so if you run into problems, you might want to know how to uninstall the service pack. 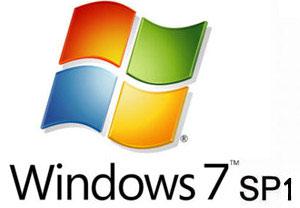 SP1 – IT Pros only – No Torrents!
The Windows 7 SP1 beta has been officially released by Microsoft and can be downloaded via technet. However, this beta is intended for IT professionals and is in no way a must-download; it doesn’t include any new features anyway. Also stay away from torrent downloads, they are often infected with trojans.

You might wonder what the command does. Wusa stands for Windows Update stand-alone and allows you to install Windows updates. KB976932 is the ID of the SP1 (beta) and uninstall is obviously the command to uninstall.

If you need help with uninstalling SP1 or if you want to get rid of any other Windows update, post a comment below. I’ll add a new post about finding the ID’s of Windows Updates, so you can easily uninstall them.