You think you have to code a lot to convert Windows 8 metro apps to Windows Phone apps? You’ll be surprised. 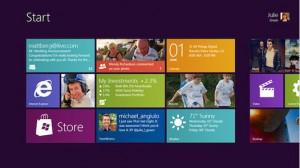 As we reported, it turns out that once a developer creates an app for Windows 8, he can easily make it work on Windows Phone with one line of code. (Windows 8 Fully Suports HTML5, CSS, Javascript). And he certainly won’t have to write another app from scratch to do it.

Recently, Steven Sinofsky gave a demo of Windows 8 apps running on Windows Phone. When originally written for tablets, the apps can be made compatible with Windows Phones by changing just one line of code. Since Windows Phone apps are either created through XNA Studio framework or Silverlight, Silverlight will be the common development platform for both.

And that is what Microsoft had intended to do in the first place anyway, ever since they launched Windows Phone 7. The ultimate aim seems to be to make Silverlight the one development platform for all Microsoft operating platforms. Cross-platform supports between tablets, desktops and smartphones will also hopefully attract more developers to the platform.

Microsoft’s Approach so far has been drastically different from its main competitor Apple. Whilst Apple is making sure to keep the OS separate for Desktop/Laptops and Smartphones/Tablets, Microsoft is actively bring them together. Arguably, Apple is on its way towards the same but it is taking much slower curve than MSFT in this matter.

After the reasonable success of Windows 7, Windows 8 might snag a lot of the mobile market share away from Apple and Google.

In Windows 8 you can easily restore your PC to default factory settings or revert to a known good configuration...