Would you rather buy an Apple iPad for $500+ or would you consider an Apple iPad clone for less? The iPed is the Chinese clone of the iPad that runs Google’s Android OS rather than the iPhone OS and will cost you only 150 bucks. 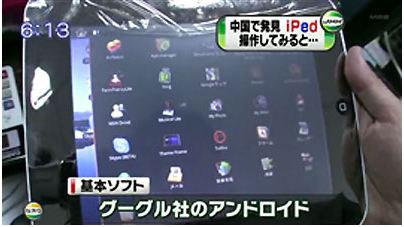 I wouldn’t be surprised if the production cost of the Apple iPad would be around $200. If you remove some features here and there and remove the name “Apple” you’ll be left with a similar product for a fraction of the actual price.

Another company, One Laptop per Child (OLPC) is developing a tablet PC for developing countries, but the tablet might also be interesting for the Western market. The OCPC XO-3 tablet will be coming next year, but you can already buy the iPed online.

Would you buy the iPad or the iPed? Poll

Did you vote for the iPed? If you are interested in the iPed, you can get more information where to buy the iPed here.