Graphene might soon be used to transmit optical signals. What doesn’t sound like a revolution earned two Russian physicists the Nobel prize for Physics, because they found a way how Graphene can store more light. 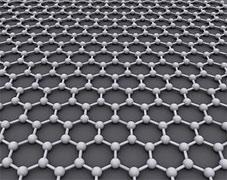 According to Andre Geim and Kostya Novoselov, who made the discovery, Graphene and metallic wire might be a 100 times faster than our current internet cables.

The clou? Graphene with a special layer of metallic wires can generate electrical power and create up to 20 times more than what Graphene could do alone. This will allow a graphene-metallic cable to transmit signals faster than ever before.

If we can transmit signals over the Internet even faster than today, this will open up the doors for a lot more applications. Time is money and if we can speed up the Internet, that’s definitely something.

If you don't like a white on black background, you can easily invert the colors of the CMD prompt. Here's...