Upcoming form factor could be the key to success for the PC market.

With tablets on the rise, Ultrabooks combine the best of the tablet and laptop and they could help to grow the PC market

We’re seeing Ultrabooks rise in the PC market, especially since Apple ushered in tablets for a wide range of consumers. Some analysts think they could be the element that causes a boom in the PC market.

Intel CEO Paul Otellini said in an earnings call yesterday said Ultrabooks will constitute 40 percent of consumer notebooks by the end of the year. He said this was down to a lack of “new and exciting products” during previous years.

He added that the combination of Microsoft and Intel delivering “years of innovation” should bring growth to the PC market. If Microsoft manages to succeed with Windows 8 and tablets for the OS, then there will likely be growth.

The beauty of Windows 8 is that it lends itself to Ultrabooks. While switching between the desktop and Metro side of Windows isn’t ideal on tablets, due to smaller form factors, Ultrabooks allows consumers to switch between a tablet and a laptop meaning users can use one side of the OS on each form factor (at least).

Microsoft, Intel and other companies also have the opportunity to make big gains and close the gap on Apple. Google has failed to support developers with Android, as many apps are scaled up to tablets.

Otellini also said people buying iPads started out with PCs, so there’s no reason PC users won’t buy Windows 8 tablets made by Intel or other OEMs. He added the tablet is a “complementary device,” and no one knows how the market will develop in two or three years.

The reality is that iPads are continuing to grow – the new iPad sold three million units during its first weekend on sale. Microsoft need to provide high-quality touch experiences, across a range of designs, that consumers can immediately use. If I picked up an iPad now, I’d have no problem using it.

The Metro half of Windows 8 has the capability to do that. Windows Phone 7 has – the Lumia 900 is the second-highest selling smartphone with a plan on Amazon.com. 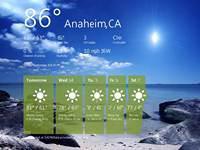 +1 You Can Put Metro Apps to Sleep, and Hibernate them, to Save Memory