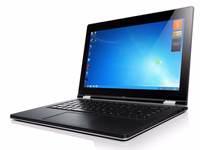 In a press released, Lenovo – the world’s second largest PC manufacturer – has confirmed it will be heading to the Gadget Show Live event at the Birmingham NEC in the UK. With a range of devices on offer, here’s the most important information from the press release on each device.

The first device is the Lenovo A720 All-in-One, which is reported to be the “industry’s slimmest” at 27 inches with features a screen with an adjustable angle from -5 degrees to 90 degrees. The device also boasts strong entertainment features, with Dolby Home Theatre V4 Audio and the Lenovo High-Sense Webcam. Lenovo say this with a “frameless display” that supports multi-touch.

The IdeaPad U310 and U410 tablets again sports a thin form factor, along with Lenovo Smart Update. Smart Update updates mailboxes, IM and text messages automatically, including when the devices are in Sleep Mode. The devices are also said to have eight hours of battery life, though test will reveal how accurate that claim is.

Lenovo also revealed the IdeaPad Yoga for Windows 8, which has a “360 degree flip-and-fold design.” The YOGO is also the thinnest convertible ultrabook according to the company, measuring 0.67” (16.9mm) thin and weighing 3.1lbs (1.47kg).

At CES the device was shown off, where specs were revealed. The device has an incredible resolution at, which Engadget say is “unheard of” for tablets and 13-inch laptops. The company said the convertible tablet with have next-generation processor, which Engadget suggest or Ivy Bridge Intel Core Processors. The resolution alone should be striking when running Windows 8’s Metro UI.

It’s exciting to see tablets emerging as in the build-up to the Windows 8 launch, and with resolutions and processors like those in the Yoga Microsoft will certainly be competitive with Apple. 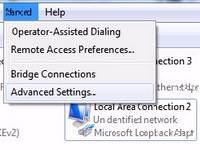 We've had some excellent user questions on our new QA site windows8qa.com e.g. how to change the binding order of...