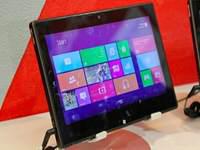 Integration into Windows Phone not enough to get you excited? Let Microsoft take a swing at it

It may be a surprise to hear that developers are skeptical of Windows 8, and not because of the usual it’s-a-new-operating system syndrome. Windows 8 is the first version of the desktop OS, I believe, to transition into a Metro-only experience so it’s no surprise the skeptical developers need convincing on why the OS is worth their time.

There’s one big reason, Microsoft says: the Windows Store. As the unified platform for apps in Metro Windows 8, is leverages the huge Windows install base. CEO Steve Ballmer said up to 500 million Windows 8 devices are coming in 2013, and the blog post breaks the current install figures down: Windows 7 has 500 million devices, more than Android tablets and phones combined (247 million) and likewise with iOS devices (132 million).

I think it’s little unfair to not factor in OS X, which is popular, but the point is that even if 10 percent of those Windows 7 users adopt Windows 8 there will be 50 million customers to develop towards. You might have noticed Windows Vista and XP aren’t included, which Microsoft reckons would have approached a billion. XP’s support is ending in 2014, so those users will be looking at upgrading.

Your App, Your Choice

The post also says the engineering team have done a number of things to put the spotlight on apps: searching should bring the relevant app, the Windows 8 Store is a tile by default on the Metro Start screen – which includes features such as Spotlight and Recommendations, which highlight the best apps – and in-browser app promotions means they’ll launch or direct to the Windows Store when clicked.

Considering the business models, free and paid apps are supported. Developers can also offer time-limited trials, of feature-limited trials (demos, you might call them). In-app purchases are also available, which we’ll probably find mostly in free apps. Or you can do both.

The Windows Store also shows the trends and in-depth information on how apps are performing. That includes app downloads over time, and the number of out-of-five-stars ratings in the past 30 days.