So, you got the latest NVIDIA GTX480, now what? Download the DirectX11 benchmark, what else?! As previously reported, the best DirectX 11 benchmark is Unigine’s Heaven Demo! Hardware Tessellation and realistic depth of field  are two of the greatest innovations. 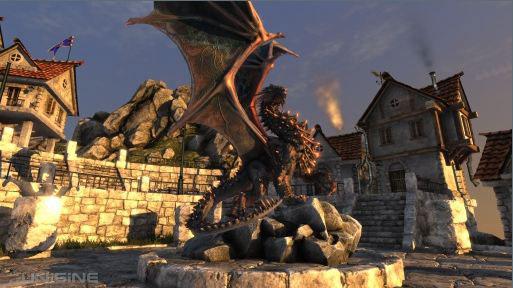 If you want some more details about hardware tessellation read this. Basically, Tessellation will divide polygons into fine and smoother segments. More polygons means more details, but usually also a longer rendering time.

DirectX11 will also improve lightning conditions, volume clouds and dynamic sky rendering, making your games look a lot more better than ANY PS3 or XBOX360 game out there. Let’s face it, the PC is still the ultimate gaming console when it comes to bragging about graphics. Sony and Microsoft are virtually extending the life of 5 year old hardware, how could any XBOX game be as beautiful as one of the DirectX11 benchmarks?

You can download the 231MB DirectX11 Benchmark over at http://unigine.com/download/! Run the hardware tessellation in extreme mode and show your XBOX and PS3 friends what *real* graphic means.

+3 How to move My Documents in Windows 7?

Some of you might use SSD's by now and want to know how to move the "My Documents" folder. Moving...