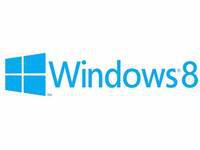 Tip: Use a Microsoft account for Windows 8 rather than your local account and add multiple monitors to experience enhanced multi-monitor features (Metro on one screen, desktop on other)

Don’t be deceived by Metro: Windows 8 is a powerful operating system, and heres why

Many users out there will always want to get down deep into Windows 8, checking things out and making changes. Some might feel Windows 8 – and Metro – have taken that away from users, but don’t worry. This is still the same Windows you know and love.

Windows 8 is a big change – we all know that. Despite the operating system being in a beta state, it’s surprisingly simple to pick up and use. Admittedly switching back and forth between Desktop Windows and Metro Windows is a little jarring, but I think users will find a side they prefer and stick with that mostly. Even in beta there are plenty of powerful features, so here’s a review of some of them.

If you use Windows 8 on multiple device, you can choose a Microsoft Account instead of a local account. This means users can use their e-mail address as their user name, unlocking the option to sync content between multiples PCs running Windows 8. Settings allow you to toggle what users want synced across PCs so, for example, you can choose not to have the same backgrounds across all computers.

Users can also enable a four-digit pin to enter, like no mobile devices. This is especially handy for multiple PCs that may not be used all the time, as only people who know the pin will be able to access it.

Windows 8 also features a Startup tab in the Task Manager, which undoes changes programs make when installed. Also included is the Remote Desktop Client in both sides of Windows 8, though the Desktop side has the more powerful version. That’s useful for SkyDrive, which can be accessed remotely.

As reported earlier this year, Windows 8 supports multiple monitors. For example, the Start screen only shows up on one monitor while apps shows up on multiple screens, and the taskbar can be configured so that it only shows app currently being used on one particular screen.

Panoramic backgrounds can also be used across multiple screens, providing each screen has the same resolution. It’s possible to have different backgrounds on each monitor. 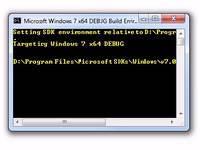 If you are wondering how to get a list of all currently active Windows services in 7,8, read this.